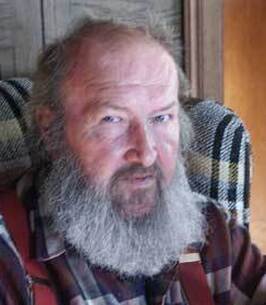 Aylmer Thomas Matthew Joyes passed away peacefully in hospital on Sept 21st, 2022, at the age of 82, surrounded by family.

He was born in Stratford, Ontario on March 4, 1940 to his father, Aylmer Clarence Joyes and his mother, the former Sada Irene Moffatt and was predeceased by his parents, and his brother John Joyes, who died in 1973. He was also predeceased by Verna's parents, Clarence and Hazel Daub (Haehnel) as well as sisters-in-law, brothers-in-law and son-in-law Mike Devitt. He is survived by his wife of 61 years, Verna and his four children: sons Tom (Wendy), Bill (Brenda) and grandchildren Alisha, Natalie and Matthew; and daughters Virginia (Mike Devitt) and Patricia (Chris Cummings) and granddaughter Lexi. Also surviving is Aylmer’s sister-in-law Mary Dunsmore, as well as many nieces and nephews.

Aylmer began his career as a scrap metal dealer as a small child at the end of the Second World War, when gathering up scrap metal was considered a patriotic duty to support the war effort and the subsequent rebuilding of Europe. In his late teen years, he began criss-crossing the country by hopping on freight trains, working in wheat fields in Saskatchewan and logging camps in Northern Ontario. This time produced some of his many colourful stories that his family treasures.

He returned to Stratford in 1960 where he met and married his wife, the former Verna Viola Daub. Together, they moved to Lot 14 Concession 7 of Ellice Township, where they established a recycling business first known as “Aylmer's Autowrecker's” and then “Joyes Motor Sales,” eventually becoming a regional scrap processor with multiple locations, under the name “Secondary Resources (Perth) Ltd.” It is a business he ran with his family right up to his end.

Aylmer had a great love for antique cars, especially the Model A Fords, and took great pride in his car collection. In his younger years he was a fixture at the demolition derbies, a pursuit he passed on to his son Bill and children.

At Aylmer's request, there will be no visitation or funeral service. His wish was to have his cremated remains sprinkled under the weeping willow tree in his front yard, his favourite place to drink beer and try to make sense of life. He will be greatly missed.

All rights reserved. This obituary is also archived at obittree.com